This week's project was prompted by some resources on the Into Film web site, and the availability of Abominable on NOW TV.
The film focuses on a Chinese girl helping a yeti get back home to the Himalayas, so we used it as an opportunity to learn about mountains, cryptozoology and a new aspect of Chinese culture.
The children watched a video about where mountains come from, and looked at a PowerPoint about Mount Everest.
They learned about cryptozoology, and drew their own mystical creatures: 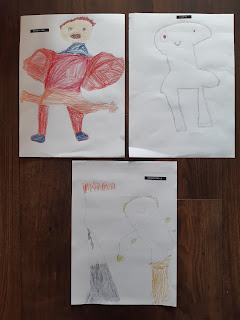 And we also introduced the traditional Chinese game of Mah Jong: 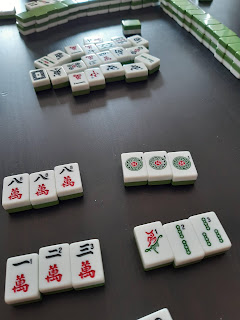 It turned out there has been a bit of a run on yeti films in recent years, so the children also watched Missing Link, and Smallfoot.
Next project: Autumn and Harvest
Posted by Solomon at 03:50