Pirates! was picked for this week's project by our youngest child, Sam, as it was his first week of home education. There were quite a few pirate worksheets on Twinkl, and to try and make the week as fun as possible (and without much possibility of a big trip out) we also included a number of films and finished with a pirate tea party.

We started the week by reading the abridged Usborne Treasure Island, and bought two new pirate books for the big occasion. The big two were also expected to read the full version of Treasure Island in their own time (a book they had struggled with in Project 56: Treasure Island). 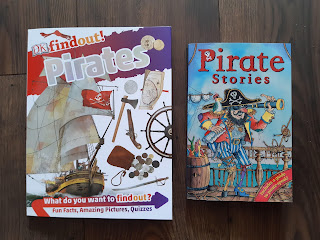 The children designed their own flags and composed their own sea shanties (using a TES worksheet). 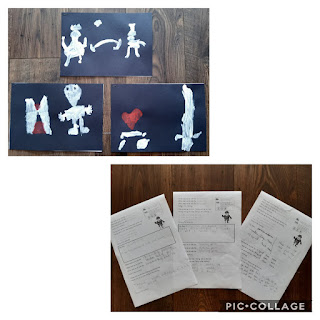 They did some pirate science experiments: 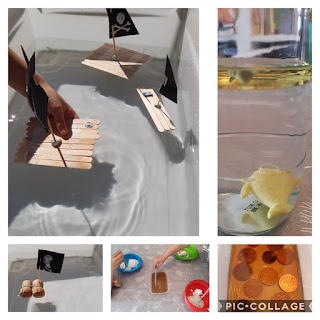 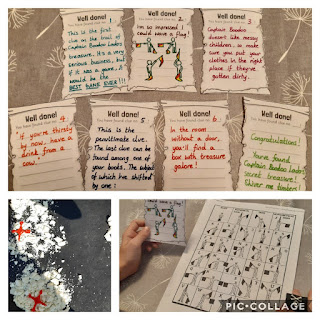 Over the week we watched three films: Muppet Treasure Island, Hook, and The Pirates! In an Adventure with Scientists! Sam's favourite of the films was Hook:

The pirate themed tea party was also a big hit. 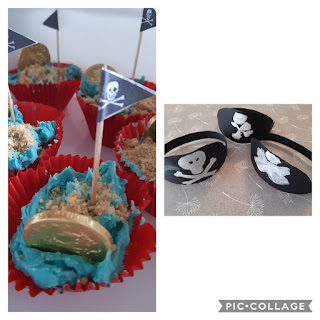 Email ThisBlogThis!Share to TwitterShare to FacebookShare to Pinterest
Labels: pirates