Like a lot of people we've ended up with far more board games than we generally have time to play, so we decided to have a week of playing board games. We last had a board game project back in Solomon's first year of home education (see Project 32: Board games), so it was a good opportunity to introduce some games to Sam, and hopefully clear the cupboards of some of the most childish games. In the end, however, the project stretched over two weeks, we still didn't have time to play all the games we wanted, and only managed to persuade the children to give one game to the local charity shop.

We set off at at good pace in the first week, and managed to play 41 different games, from simple snap card games suitable for everyone to more complicated strategy suitable only for the big two. 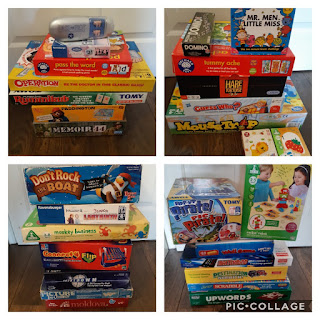 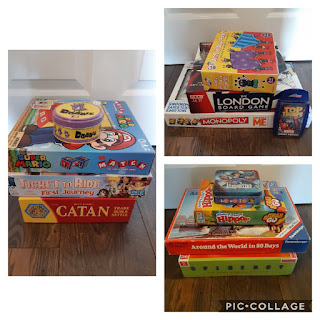 Week 2
We found we couldn't quite keep up the pace in the second week, and only managed to play another 28 different games, partly due to playing pandemic three times. 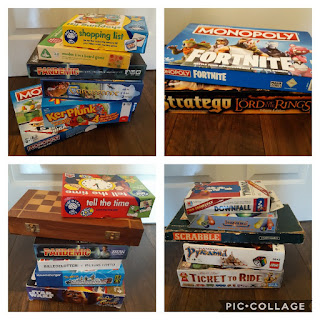 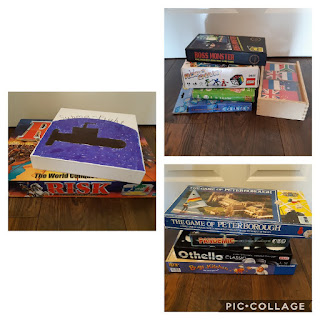 Pandemic was the only game we bought specifically for the project, and everyone enjoyed it. We think Monica was particularly attracted to the collaborative nature of the game, rather than having to face the competitive nature of her older brother, so we'll definitely look out for more collaborative games in the future.
The children were asked to pick their favourite top 3 games out of the 69 played over the two weeks.
Monica's top 3:
(* mostly picked because this one was designated for donating to the charity shop)
Sam's top 3:
(* also Solomon's favourite pick during the first board game project)
Solomon's top 3:
Subma-Fight, picked by both of the boys, is a 2-player submarine strategy game that Solomon designed for his mum's birthday; it was high praise for Pandemic to knock Subma-Fight off the top spot. The Peterborough Game is another game you won't find in the shops, a game from 1992 that we picked up in the local charity shop; it actually turned out to be an interesting game with some novel elements, although it's a bit tricky to win, so now mostly being kept for historical reasons. 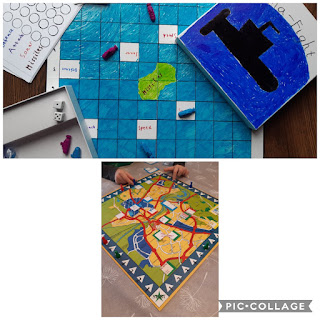 Next week: Light and Space
Posted by Solomon at 11:20