Although three nature projects in a row was a bit over-the-top, the idea for a butterfly project coincided with the Big Butterfly Count and it was the right time of the year for releasing our own butterflies.

The kids learned about the life-cycle of a butterfly with a Twinkl worksheet and a BBC video, before going on their own butterfly hunt. They spotted four different butterflies altogether: small whites, ringlets, gatekeepers, and red admirals. 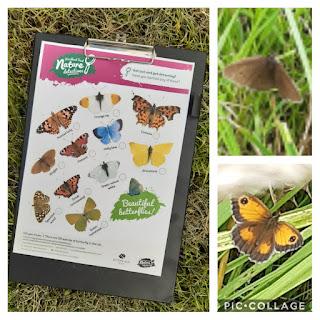 The highlight of the week (and the following couple of weeks) was rearing our own Painted Lady butterflies from some caterpillars bought from Insect Lore. They send a cup with tiny caterpillars and their food in, and within a week they had grown significantly before turning into chrysalides. It then took another week for them to hatch before being released. 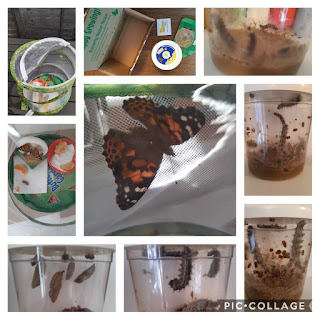 Our craft activity for the week was some butterfly prints: 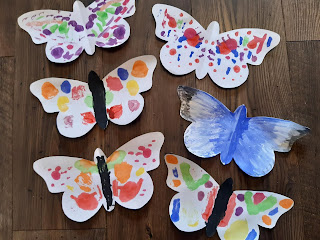 Next project: The Moon
Posted by Solomon at 02:09