As this week coincided with the Virtual Sunday School Holiday Club, and a camping trip to Worcester for the live event, there wasn't much opportunity to incorporate a totally unrelated project, so we decided to have the bible as the project.
We started the week by giving the children a presentation on the bible, what it tells us, and how it was put together. This incorporated a number of videos from The Bible Project.
We also bought Portals and Prophets (which we had to get imported from America) which helps players place the biblical events geographically and historically. We're big fans of board games in our family, and this one turned out to be a very enjoyable board game, with good game play 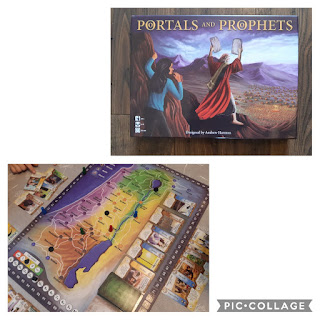 The Virtual Holiday Club was (loosely) based on Paul being shipwrecked on Malta, and there were lots of crafts to do throughout the week, from making musical instruments to creating a desert island. For the children, however, the highlight was seeing the filming of the show live, and watching the presenters get gunged. 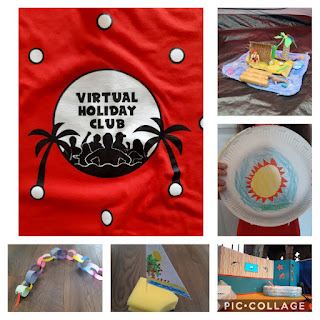 Most fortuitously from the perspective of the project, Monica even won a new bible from one of the Virtual Holiday Club competitions, and has already rattled her way through Genesis! 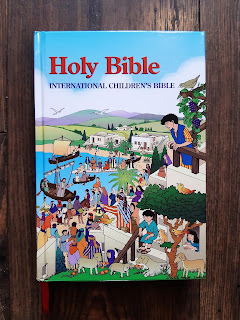 As The Bible was this week's project, it seems appropriate to include our Sunday School craft for once (which we think is a good one), a Lego diorama of Jesus and the paralytic man. 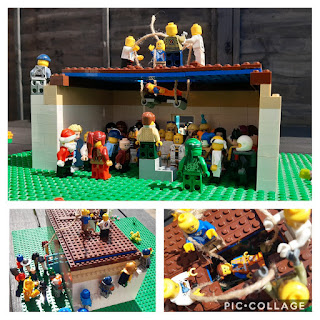 Next project: Magic!
Posted by Solomon at 03:21