It was a bit of a left-field suggestion for this week's project, but Solomon suggested 'Magic' and we decided to go with it.

As their mother was away for the first half of the week (it was August - we're a bit behind with the blogposts!), the children were tasked with putting on a magic show for her return using an old magic set from the back of the cupboard. 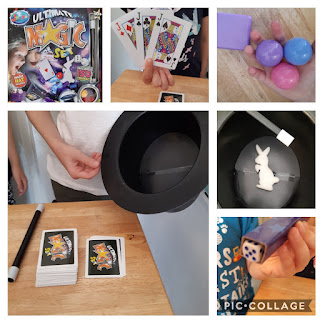 It was definitely not a high quality magic set, but the children managed to put together sufficient tricks to put on a good show: card tricks, mind reading, and even pulling a rabbit out of a hat! It was a good opportunity for them to practice some less 'academic' skills.
They also learnt about magic more broadly with videos and the Children's Book of Magic, which included both more tricks (e.g., 'cutting a person in half'') and a history of magic and some of the most famous magicians. 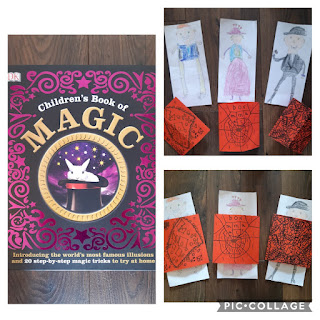 Next project: Little Lord Fauntleroy
Posted by Solomon at 00:37

Email ThisBlogThis!Share to TwitterShare to FacebookShare to Pinterest
Labels: magic