With Christmas bringing a raft of new board games, we decided it was time for another board game project (see also Project 154: More Board Games and Project 32: Board Games).

Alongside many of the family's favourites, we played five new games. 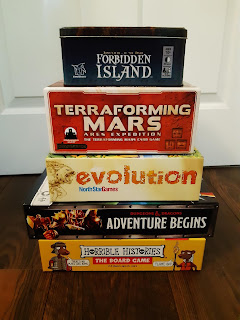 Forbidden Island is a cooperative card game where you have to collect treasures on a sinking island. With different roles and abilities it reminded us a bit of Pandemic, and all the children enjoyed it. 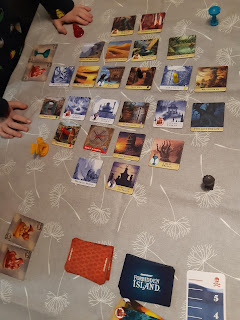 Terraforming Mars: Ares Expedition is a standalone expansion of Terraforming Mars, and whilst it has a few variations, if you've got the original it's probably not worth spending your money on this additional version. Solomon loves the complexity of these games, although the younger two (ages 6 and 7) are not so keen. 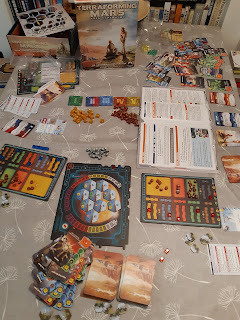 Evolution is another card based game, and it introduces the notion of evolutionary traits. Solomon always wins, and is a big fan of the game, but the fact that he has memorised all the traits and their interactions means it's not much fun for the rest of us. 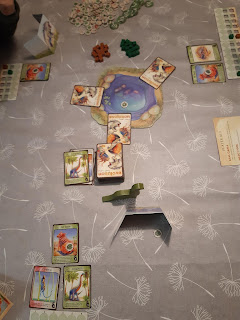 Dungeons & Dragons: Adventure Begins was another game that was popular with all the children, and is a brilliant introduction to D&D as it doesn't require players to build their own characters, but retains all the key elements of the original game. 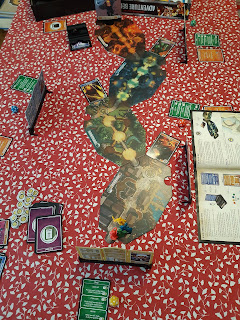 Horrible Histories: the Board Game was a nice classic roll-and-move board game with questions, although it was let down by the quality and annoyingness of some of the questions. 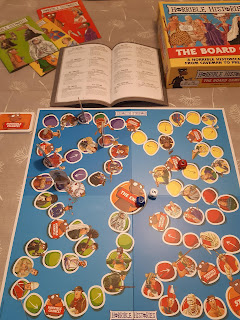 Next project: Even More Extra Maps
Posted by Solomon at 10:47