This project ran from Monday 1st August until Sunday 7th August, and was prompted by Monica wanting to attain the archaeology badge for Brownies.

To earn the badge it was necessary to explore the impact of the natural environment on an object by burying a letter in the earth, which they then had to try to relocate. 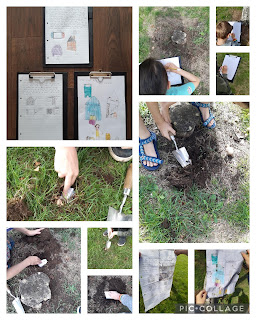 They also had to pick three objects from around the house, and write a fictional backstory of what their history might have been. 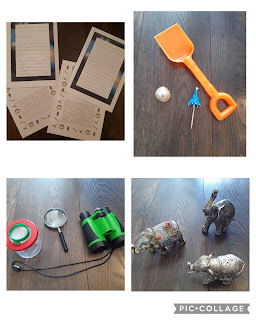 The project also involved a couple of trips out. The first trip was an  archaeological trail around the local country park. 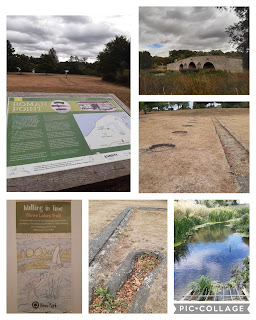 The second trip was to Castle Rising, a nearby twelfth century castle: 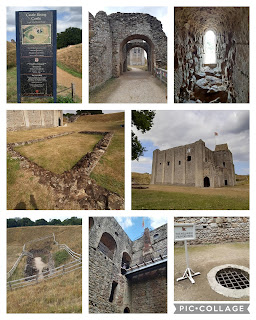 Next project: The History of the Church

Email ThisBlogThis!Share to TwitterShare to FacebookShare to Pinterest
Labels: archaeology