With a busy week ahead we decided to have a book project to make sure there was a tangible outcome by the end of the week (although as the book was actually longer than we realised, it turned into a two week project to get it finished!). We chose Swiss Family Robinson as it followed on nicely from our previous book project (Project 206: Plundering Paradise).

As well as reading the book we also got the children to write their own journal entries, imagining their first two days on the island. 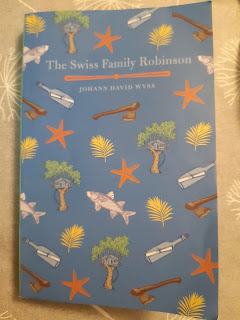 They also created their own porthole pictures of their first sightings of the island: 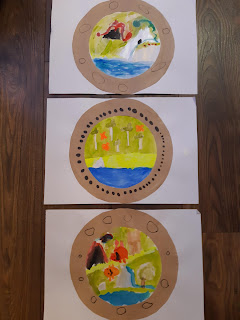 As the project went over two weeks we also had the opportunity to incorporate a home education workshop on fire-lighting and whittling at Ferry Meadows. 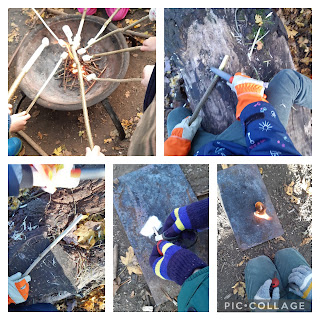 We also built our own den there. 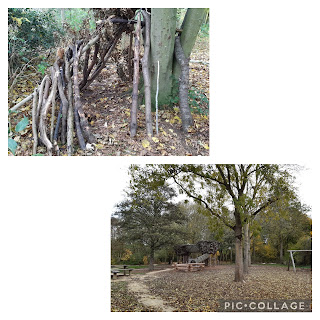 All three children enjoyed watching the film version of Swiss Family Robinson, although it has very little in common with the book. Whereas the book is all about nature and home building over a ten year period, the film seems to cover about six months and is mostly about fighting pirates!
Next Project: Christmas Crafts*

[*We're a bit behind on our blog posts!]