We wanted a project that we could do on the move this week as the children were visiting their grandparents, so we decided to have a closer look at chess. Although Solomon has enjoyed the game for a number of years, we wanted to make sure the other two also learned how to play. In the end we stretched the project over two weeks, and as anyone will know who's studied the game, we barely scratched the surface. 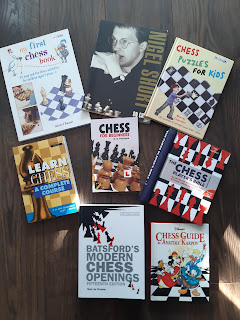 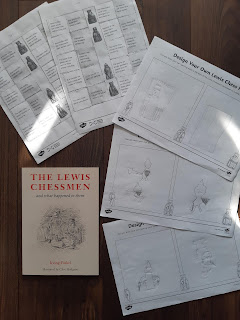 Finally, they did their own chess artwork. 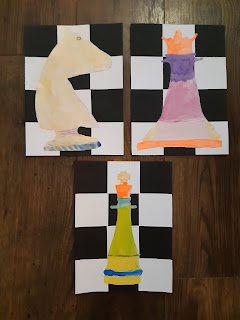 (*the blog is STILL a number of weeks behind!)