The week started by reading and watching videos about the different sorts of rocks and minerals, and how they are formed in the rock cycle:

The rock cycle was then illustrated by a science experiment from Twinkl that used crayon shavings to show the formation of rocks. 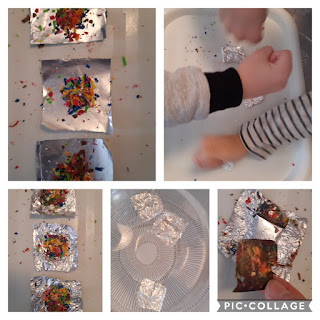 The project was primarily picked as another way to get the family out of the house during the ongoing pandemic, and it also included a rock hunt. We not only found a variety of rocks, but smashed some open to look at the crystals inside. 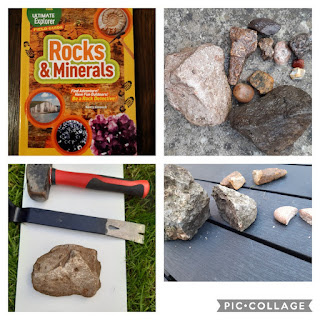 Smashing rocks is harder than you imagine, however, even with the right tools!

Next week: Boats and ships