Sam got to pick this week's project as it coincided with his birthday, and he seemingly picked boats under the misapprehension that he'd actually be able to go on a boat. Unsurprisingly, this wasn't possible at the moment, but he did learn a lot about the different types of boats that have existed over time, and how they float.

As well as an extensive presentation on boats, they did an experiment to see who could design the best boat with aluminium foil to hold the most paperclips: 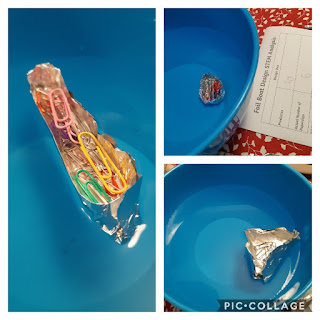 And put together, and decorated, their own paddle boats (bought from Amazon): 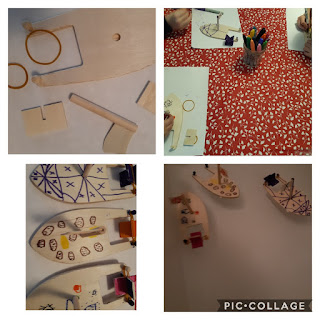 Finally we revisited a couple of nautical films we'd watched as part of previous projects: Moana (see Project 73:Moana) and Jason and the Argonauts (see Project 33: Ancient Greece).
Next project: A Time Capsule.