This week's project was prompted by two robot kits the boys had been bought for Christmas, and they still hadn't had a chance to build. These were merely the latest in a long line of robots we've accumulated in the house, so we took the opportunity to do some activities with all of them, as well as a bit more programming.

Sam had been bought Tobbie the Robot, a kit that once put together will follow you around. He really enjoyed putting the robot together, and managed to stay focused for the whole 3.5 hrs that it took! 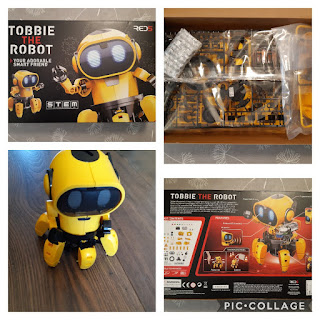 We got out Sphero, which had first made an appearance the previous week (see Project 167: Shapes), and the children programmed him to go around a maze.

We got out the Lego Boost and built the robot cat (last seen on Project 83: Music): 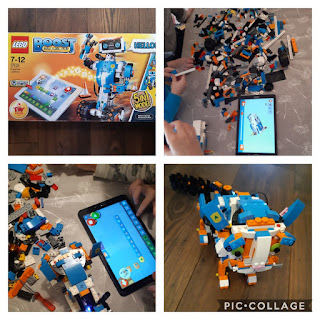 Solomon put together the first of fourteen potential robots in his solar powered robot kit (although it could do with a bit more sun!). 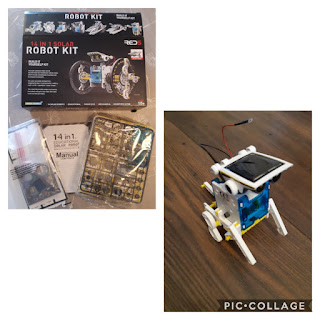 And finally, we got down the R2D2 LittleBits robot, and the children drew shapes on paper with it, before de-assembling it to turn R2D2 into an intruder alarm. 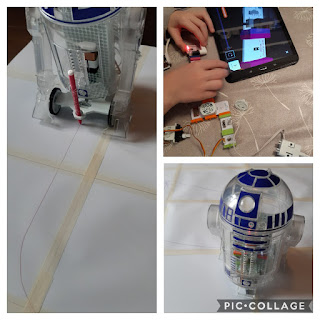