At a recent poetry teatime Monica (aged 6) decided to bring along some of her own poems to read, of which Bum Pear was a particularly memorable example (about a pear shaped like a bum):

As we hadn't had a project specifically looking at poetry since Solomon's first year of home education back in 2018 (see Project 36: Poetry), we decided it was definitely time for another one. 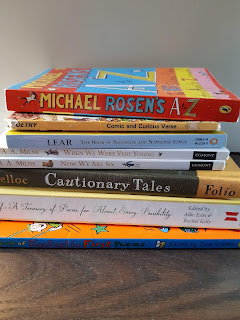 We reused many of the same resources as before, including the Poetry Train booklet, from which we also did the Missing: Daisy activity again. In three years Solomon has managed to progress from Anyone seen my parrot? to Anyone seen my earthworm? We also introduced the children to a range of literary devices including: metaphors, simile, personification, alliteration, and onomatopoeia.

A selection of the children's poems from the week:

Anyone seen my earthworm?
Cute, light brown, pink and small,
Earthy the mucky earthworm
He’s very dirty, mucky too,
He’s very scared,
And boisterous too,
He’d like to run away from you

He’d like to hide and run away,
He likes to poo and likes to wee
He likes to run and quake in fright

Has anyone seen my earthworm?

Anyone seen my dog?
Fluffy, cute,
Pink, and white
Fluffy the poodle dog
She’s very funny
Eats lots too
She’d like to have some fun with you

Anyone seen my dog?

Of course we also included a poetry teatime at the end of the week, with Solomon making scones, Sam making cupcakes, and Monica making a trifle. 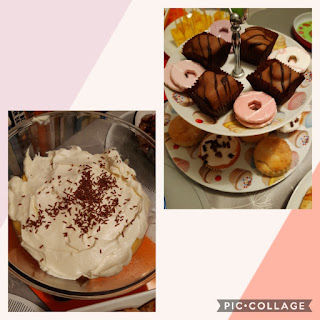 Undoubtedly the highlight of the teatime was the appearance of their father's childhood Chilli Beans poem - famous in family lore. 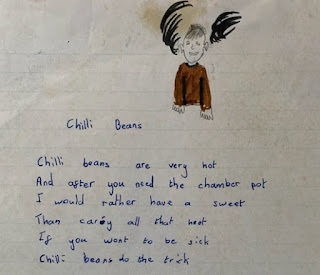 Next Project: Vincent van Gogh
Posted by Solomon at 05:05